Sun, Fun and Inclusion: “Day of Encounter” was a complete success

contagt > News > Sun, Fun and Inclusion: “Day of Encounter” was a complete success

Under the sign of inclusion, 30,000 people with and without disabilities celebrated the 20th anniversary of the “Day of Encounter” in Cologne. Not only the sign language choirs, dancers and artists provided a great atmosphere in the well-attended Rheinpark. Also, the large selection at offers encouraged many visitors to take part and have fun.

The orientation was also well taken care of. For the first time a digital map was used at the festival. Our navigation app helped the visitors to find the desired stands easily with their smartphones. “Where is the next toilet?” or “Where is the Tanzbrunnen stage?” were no longer a problem thanks to the precise guidance.

With the audio function, blind and visually impaired people could also benefit from the app. Using Bluetooth beacons, the user’s position was determined to the nearest metre and the context-relevant content was played out. Thus, they could also explore the tent of the organizer Landschaftsverband Rheinland (LVR) without restrictions. The main stages were also equipped. If one was in the area, a push notification was sent, and the stage program was played.

The users were thrilled, thank you very much for the great feedback! 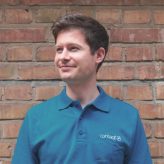